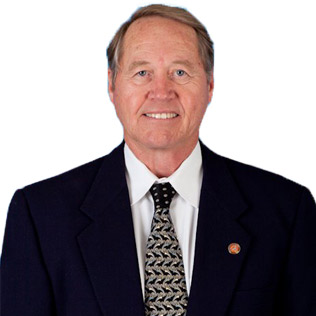 Howard Vipperman was born in 1948 in Los Angeles and has lived his entire life in Southern California. He graduated from Valencia High School in the City of Placentia and attended the University of Southern California (USC) with a Bachelors Degree in Business Administration. He served in the Navy in the 1970′s and was part of two western Pacific tours. After military service he joined the family business, VIP Rubber Co., Inc and has served as President since 1979. He lives in north Orange County with his wife Karen and together they have 5 children and 14 grandchildren. In 2007 Howard Vipperman was elected to the La Habra Heights City Council. He served as Mayor in 2010 and was reelected in 2011 to a second term. He also served on the Wildlife Corridor Conservation Authority to ensure the robust diversity of our local parks and open spaces.

Howard Vipperman is a member of the Los Angeles Rubber Group and served on the board for many years. He served as Chairman in 2001. Since 2003 he has managed the annual charity golf tournament supporting undergraduate scholarships and has been the liaison with Memorial Scholarships by University of Southern California that support graduate work in the rubber and plastic industry. In 2009, he was awarded the highest honor that the Los Angeles Rubber Group can give, “Honorary Life Member.” There are only 9 living recipients of this honor that organization (incorporated in 1943) has given out. He is also a member of the American Chemical Society.

Howard Vipperman has been a member of the Hacienda Golf Club and served on its Board of Directors from 2004 to 2007. He served as treasurer during the construction of the new clubhouse and negotiated the long term financing. He has served on the Board of Directors for the La Habra Boys and Girls Club, La Habra Rotary Club, Wildlife Corridor Conservation Authority and Finance Committee of Contract Cities. He has been a member of Los Compadres (a local service organization).

Howard Vipperman is a founding member of Firewatch (a local safety association), La Habra Heights Adopt-A-Unit (supporting military units abroad). He received the “Freedom Salute Award” – the highest civilian award given by the military for his work supporting our troops.

VIP Rubber Company, under his leadership, has supported the community in many ways. The company moved from Anaheim to La Habra in 1994. The City of Anaheim conferred the title “Business of the Year” in the same year recognizing the contributions to the community made by the company. In 2012, Howard Vipperman was selected as a Red Cross Corporate Hometown Hero because of his outstanding contributions through VIP Rubber Company to the City of La Habra and surrounding communities. VIP Rubber has always supported many soccer and baseball teams as well as industrial leagues. The walls of the company are decorated with many plaques commemorating the teams supported over the years. VIP Rubber has supported many community organizations and events including:

Howard Vipperman is not running for office nor is he currently considering to do so.