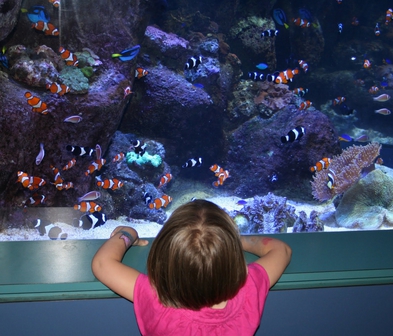 Both Howard Vipperman & VIP Rubber support Aquarium of the Pacific.

The mission of the Aquarium of the Pacific is to instill a sense of wonder, respect and stewardship for the Pacific Ocean, its inhabitants and ecosystems. Its vision is to create an aquarium dedicated to conserving and building Natural Capital (Nature and Nature’s services) by building Social Capital (the interactions between and among peoples).

The Aquarium of the Pacific in Long Beach, CA, is the fourth most-attended aquarium in the nation. It displays over 11,000 animals in more than 50 exhibits that represent the diversity of the Pacific Ocean. Each year more than 1.5 million people visit the Aquarium. Beyond its world-class animal exhibits, the Aquarium offers educational programs for people of all ages from hands-on activities to lectures by leading scientists. Through these programs and a variety of multimedia experiences, the Aquarium provides opportunities to delve deeper into ocean science and learn more about our planet. The Aquarium of the Pacific has redefined the modern aquarium. It is a community gathering place where diverse cultures and the arts are celebrated and a place where important topics facing our planet and our ocean are explored by scientists, policy-makers and stakeholders in the search for sustainable solutions.

The Aquarium features a NOAA Science on a Sphere, which exhibits imagery and real-time ocean and weather data on a six-foot diameter globe. It also presents daily shows covering topics such as sea level rise and marine ecosystems. Throughout the year, the Aquarium features art exhibits, performing arts shows, and cultural festivals as a way to engage new audiences and make science accessible.

The Aquarium of the Pacific was the first among museums, zoos, and aquariums in the nation to register its greenhouse gases and is a leader in green practices, including its LEED platinum Watershed classroom. In 2009 the Aquarium was awarded the Super Nova Star Award by the Alliance to Save Energy for being the nation’s most energy-efficient business with revenues under $50 million.

In addition to our public programs and exhibits, the Aquarium is involved in numerous conservation efforts, including sustainable seafood, watershed education, ocean literacy, and more. Our team of scientific divers collects critical data used by a variety of ocean research institutes and reporting agencies. And through our Aquatic Forums, the Aquarium brings together scientists, educators, community leaders, and policy makers to develop solutions to complex environmental issues.

Founded in June 1998, the Aquarium of the Pacific is a 501(c)3 non-profit organization.

Home to more than 11,000 ocean animals, representing nearly 500 species, the Aquarium of the Pacific celebrates the planet’s largest and most diverse body of water: the Pacific Ocean. The Aquarium is a world-class aquarium, exploring the waters of Southern California and Baja, the Northern Pacific, and the Tropical Pacific. In addition to the three main galleries highlighting the major regions of the Pacific, the Aquarium features exhibits outdoors, including Shark Lagoon, the Lorikeet Forest aviary, and Our Watersheds: Pathway to the Pacific. Our special exhibits gallery features changing exhibits, and visitors can learn more about veterinary care at the Molina Animal Care Center. Meet our colony of Magellanic Penguins in the June Keyes Penguin Habitat, and engage with current science in the Ocean Science Center featuring NOAA’s Science on a Sphere.